← Testing Gist in WordPress
Easter Eggs in the Enterprise → 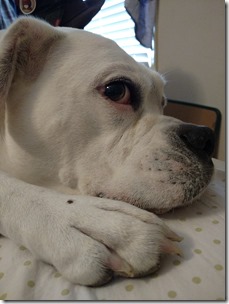 What?!  I know that sounds crazy.  Think about it though, the movie stereotype of the lone developer who works in a Faraday cage is nowhere near realistic.

We are human being after all, and humans need some level of social interaction.  Trust me, it is a good thing.

Jeremy Clark did a presentation at the Visual Studio Live conference I attended December of 2015.  I thought it was a neat concept, and it clicked with me.  I was at a conference, but if I was not with my coworkers I really was not talking to anyone.  I decided to take up the challenge.

I was not alone in this decision.  There were a few other developers who were going out of their way to talk to other people.  It was nice, it made the conference seem more like a community.

Putting It To Use

Sadly I have not had the opportunity to really try it, or force myself to speak to others.  This was not a case of me being afraid, it was a case of life preventing me from doing much.  So on March 14th I got my first real chance!  It was a Charlotte Unity Game Dev meetup.  Since I work nearby I got there early.  As I walked in I saw a couple of people I did not know, but before I could say anything one attendee already started talking to me!

Things went smoothly as we got to know each other and our interests in Unity game development.  As others arrived another gentleman sat with us at our table.  Naturally we started speaking to him as well.  I don’t know about the other two but for me it really seemed to make the meetup more enjoyable.

I know this was not too much information, it really is just a note about my experience so far at trying to be come a social developer.  If you think you might be interested I highly recommend this video of Jeremy from the conference.

Jeremy has a post about it here, and he has created a site for Becoming a Social Developer.  I think it would be nice if this kind of thing really took off.  And if you do not want to talk, just keep your cell phone shields up, or make like Christmas Story and let us know you are busy thinking.

Web developer for over 15 years mainly with Microsoft technologies from classic ASP to .NET 4. Husband, father, and aspiring amateur photographer.
View all posts by SheldonS »

Posted on March 19, 2016, in Events, Social and tagged Social Developer. Bookmark the permalink. Leave a comment.

← Testing Gist in WordPress
Easter Eggs in the Enterprise →

This site uses Akismet to reduce spam. Learn how your comment data is processed.